By Barbara Ross-Innamorati
“It’s like pay it forward on turbo,” is how Matt Bud describes The Financial Executive Networking Group aka The FENG, of which he has been chairman since 1997. Probably the largest networking group of its kind, The FENG has grown from a mere 63 members in 1997 to more than 18,000 members today in the United States and a dozen foreign countries. Members of The FENG are all senior level finance executives—CFO’s, treasurers, controllers, bankers and the like—both employed, as well as “in transition” which is the politically correct term for unemployed. With one of the worst labor markets in two decades, membership in The FENG (which is free) has grown astronomically—about 300 new members each month are added to its membership rolls.

The Job Search
In his role as chairman, Bud is a combination career coach, recruiter, psychoanalyst and philosopher. He is generous in his advice, whether it’s how to be more effective communicating on the Internet during a job search (“don’t forget your outgoing signature”), or how one should behave as a member of The FENG (“Be helpful to others and perform many acts of friendship.”) Above all, Bud has a great deal of empathy for members of The FENG, as he was in transition himself for two years.

“When you lose your job, it’s like stepping into a life boat – you never know how long it’s going to be before you’re rescued – you could be at the beginning of your search, you could be close to the end; you have to put yourself on rations.” He continues, “ No matter how much you plan to be out of work, you never have enough money to survive your own unemployment.”

For Bud, rations meant pizza and videos. At the time, both of his children were teen-agers, and college was looming for his eldest. While he was able to find some consulting projects to hold him over, it was his non-stop networking that would eventually launch a business.

Bud and his family moved to Weston three years ago. His wife, Peggy, works for the Westport school system, and his two children, Melissa and Michael, are both professionals who live in Rhode Island and Connecticut, respectively. In addition to The FENG, Bud’s other passion is sailing, which he finds both absorbing and relaxing. The Bud family takes extended sailing trips every summer on their Tartan 33, which, he quips, is “high adventure for an accountant.” 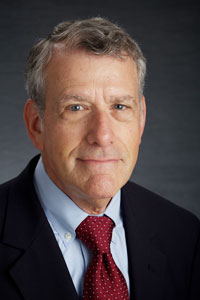 Bud was born in Chicago, and lived the first eight years of his life there. In third grade, his family moved to what was originally intended to be a rural summer home, adjacent to the Indiana Dunes State Park and Lake Michigan. Growing up, Bud’s closest neighbor was two miles away, and his elementary school graduating class consisted of 10 students. Bud’s father was a plumbing contractor, and from the age of 13 on, Bud worked with him during the summers, and on weekends during the school year, where the elder Bud had a thriving home remodeling business. This could explain Matt Bud’s current talents, “I can fix just about anything,” he says.

This may in fact even extend to executive’s careers. Bud counsels members of The FENG to reinvent themselves and consider new career paths: “You have to think differently and find new ways to use your knowledge and experience.”

Bud believes that many executives he meets have difficulty finding a new job, because they are looking for a job exactly like the one they left … most often with a Fortune 100 corporation. “You can’t go home again,” Bud says, and encourages senior executives to consider positions with small to medium-sized companies.

Unemployment as Inspiration
After receiving his degree in finance from Indiana University, Matt did a short stint in the U.S. Army, before completing his MBA at New York University. After his first job as an internal auditor with retailer B. Altman, Bud spent nearly nine years with CBS, the last five years as business manager for a division of CBS Publishing in New York. After CBS, he moved on to a CFO position with an ad agency. But it was his brush with unemployment that would have the most profound impact on his career, and importantly, on the careers of many others.

Bud became the ultimate networker—at the end of his two years of being out of work, he had accumulated more than 1,400 new contacts. Soon, a consulting practice was born, as he began to pair up friends who were working with friends who weren’t… and taking a commission. Today, in addition to The FENG, Matt is chairman of the Financial Executives Consulting Group (The FECG), where the motto is “all senior professionals all the time…”. Along with his two partners Bruce Lynn and Doug Fine, The FECG places financial executives in a variety of companies from short-term consulting positions to full time jobs. Bud notes, “There are companies that are looking for people with grey hair, and I know all of them—at least the senior financial people.”

Of course none of this would be possible without the Internet, which provides instant communication with the 18,000 members. Clearly, the Internet is the tool that makes both The FECG and The FENG function so effectively.

Meetings, Elevator Speeches
To be a member of The FENG, it is not enough to receive the newsletters that Bud and another partner, Norm Weinstock, distribute electronically five days a week to the entire membership base… “the family newspaper,” as Bud fondly calls it. To benefit fully, one must attend the twice-monthly meetings that are held across the country. Bud and Weinstock preside over the Westport chapter meetings, (there are currently 50 chapters across the country), where everyone is encouraged to give their 90-second “elevator speech,” and help each other with contacts and job search ideas.

What’s an elevator speech? Bud encourages those in the group to develop a concise and descriptive narrative about themselves and their professional history so that they are prepared for a chance meeting with an individual in an elevator or at a professional networking event. There may be someone who knows of a job or can share your qualifications with a colleague.

Bud believes that The FENG, which survives on voluntary contributions from its members, is unique in that its members consist of employed professionals (“those in between searches”), as well as those in transition. Bud believes that since no fees are charged, people remain members even after they find work, so-called “alumni members,” thus providing a valuable network for those still seeking work.

Still, Bud counsels executives who find themselves looking for that next assignment, that life going forward is going to be different than the life behind them…and this may in fact be a good thing. Just ask Matt Bud.